Mantle of the Expert

in de Lage Landen / in the Low Countries

On this page you will find lesson plans that you can use to get started with Mantle of the Expert. The contexts are all written in Dutch. For plans in English, I refer you to

An experienced team of animal caretakers is given the task of preparing for the arrival of a load of animals from a zoo that has had to close its doors due to a lack of funds. The zoo owner is concerned that the animals were not hurt or upset during the move. She has done all she can for the animals, but lately it has become difficult to maintain the quality of care the animals deserve. As a result, some of the animals are sick, malnourished or hurt. The team's animal park, on the other hand, is an example of care, respect and protection. The park has a long and successful history of caring for injured, sick and endangered animals, and is proud to have safely returned many animals to their natural habitat. Nevertheless, the new animals will put a strain on the park's resources and the park owner wants to ensure that the newcomers can be integrated safely and efficiently.

A team of marine archaeologists is on board a specially equipped research vessel, some three kilometres above the wreck of the Titanic. After an initial reconnaissance, using unmanned submarines with cameras, they are doing a final check-up of their equipment and the operational parameters of their mission. The British Museum has recruited the team: the commission is to discreetly explore the wreck and find personal objects of those on board that can be used in an exhibition telling forgotten stories of those involved in the disaster. 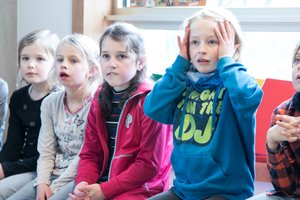 A long-lost tomb is discovered in the side of a mountain in the Valley of the Kings. The discovery is reported to Cairo's Museum of Egyptian Antiquities, or Egyptian Museum for short. They immediately send a team of archaeologists to open the tomb and catalogue the finds.

Two foresters discover a bronze axe and an oak coffin (protruding from the ground) in Jutland, near the villages of Tågelund and Egtved in Denmark. The discovery is reported to the National Museum of Denmark. The museum sends a team of archaeologists to further investigate the axe and the chest: the team is assigned to excavate the finds and to make an inventory of what the chest contains. The objects will be exhibited at the museum in a unique bronze age exhibition.

INTRODUCTION OF A CONTEXT

THE DEATH OF LADY MACBETH

Lady Macbeth is unwell. She rubs her hands anxiously. Breathing heavily and looking around nervously, she is tense. She is clearly worried about something or someone. She is suspicious and fears that someone knows what she and Macbeth have done...

A team of scientists, commissioned by the Queen, has been tracking and observing the trolls - who (according to reports) are destroying the lives of her subjects - in the forest. Some of her advisors tell her that the trolls should be "eliminated", but the queen wants to know more before making such a drastic decision.